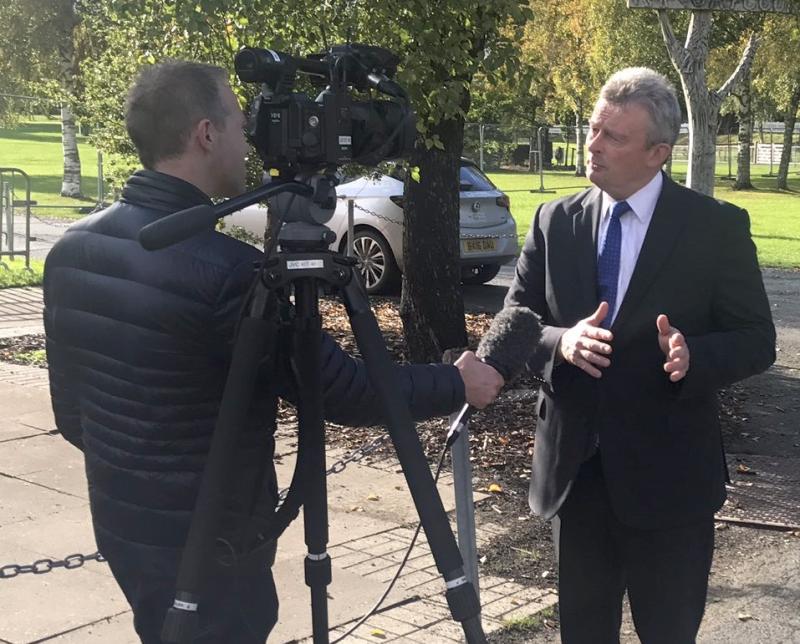 Gwyn Howells, chief executive of Meat Promotion Wales, was one of the prominent industry figures who attended the meeting

An urgent meeting of red meat groups has taken place in Wales looking at ways to respond to the ongoing beef price crisis.

Prices are down by hundreds of pounds per animal despite sterling being significantly weaker than it was last year.

As prices continue to plummet, the beef sector also fears the possibility of a no-deal Brexit and its impact it would have on trade with the EU27.

Key organisations from the beef industry in Wales came together on Wednesday (25 September) to discuss the matter.

The meeting heard how the continuing low prices are causing increasing concern and distress for farmers.

The groups analysed the market situation and discussed responses to ensure the long-term profitability of the sector.

A combination of factors are at work which have depressed producer prices throughout the UK, Europe and America, including increased UK production, low consumer spending and volatility in currencies and trade.

The outlook for the sector is further complicated by political uncertainty around Brexit, which could have a major impact on the balance between imports and exports.

The groups agreed that a viable long-term future for beef production was vital for the farming industry.

They emphasised that the country’s largely low-intensity and grass-fed systems had a positive role to play in answering consumers’ wants as well as contributing to environmental goals.

Gwyn Howells, Chief Executive of HCC, said everyone present at the meeting was 'united' in their desire to see a 'thriving beef sector'.

He said: “The latest UK retail figures show a small increase in overall beef sales, but a decline in consumption of more expensive cuts.

“This may reflect general low consumer confidence, and has the effect of tightening margins for everyone in the supply chain.

“Communication between everyone in the supply chain is important in order to share perspectives and formulate solutions.”

The red meat body has accelerated promotional campaigns for PGI Welsh Beef during the summer and early autumn, with targeted social media advertising.

“Over the Rugby World Cup we are continuing to promote beef as a healthy source of protein, and are also using farmers as spokespeople to emphasise Welsh Beef’s strong credentials in terms of sustainability,” Mr Howells added.

The Farmers' Union of Wales (FUW) said the low prices has made it 'extremely difficult' for farmers to 'make a profit at the best of times'.

President Glyn Roberts said: “With Brexit likely to sever and disrupt supply chains and add to pressures, action needs to be taken by retailers and others to ensure Welsh producer confidence is restored.”

“It is imperative that we see retailers and the whole supply chain working collaboratively to stimulate demand of great tasting quality PGI Welsh Beef.”

It comes as an Anglesey-based beef business told the media how it is questioning the viability of the sector as it continues to go through 'uncertain times' with Brexit and poor prices.

Elsewhere, beef producers in Northern Ireland are said to have 'lost over £27.5 million' in income as a result of a 'perfect storm' of challenges in the last nine months.