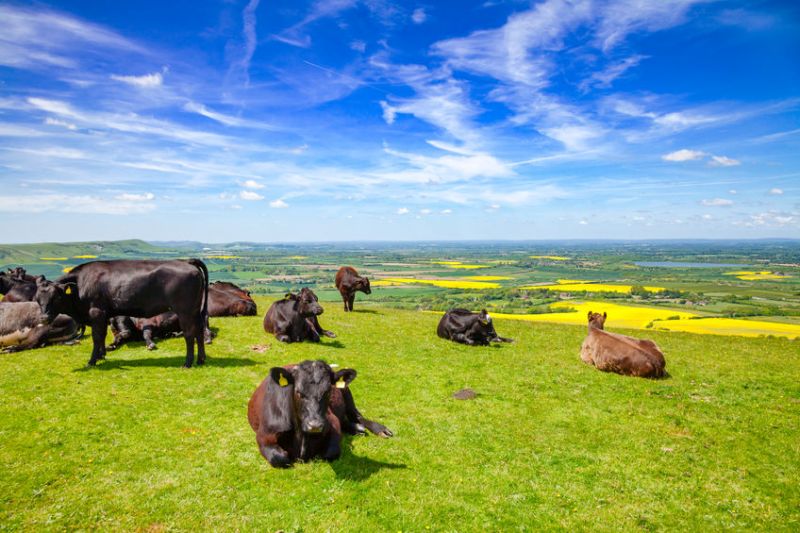 The BBC has been urged by farmers to develop a follow-up programme focusing on British agricultural practices following the broadcaster's controversial meat documentary.

Industry groups were quick to point out that not all red meat production is the same following the broadcast of ‘Meat: A Threat to our Planet?’ earlier this week.

Farmers highlighted the sustainability of British produced meat following the documentary, which looked specifically at the environmental issues stemming from intensive beef systems in the Americas.

In the industry's view, the programme demonstrated a need to buy British, as farmers and producers are well aware of how different UK livestock production systems are to those elsewhere in the world.

But the public may not have this understanding according to the National Beef Association (NBA), which has now sent a letter of complaint to the broadcaster for failing to highlight this point clearly.

The industry body says this point was 'not made clear in any way to viewers', some of whom will have 'little understanding' of differing agricultural systems.

“The content of the documentary could have a potentially damaging public perception of all red meat,” the NBA says.

“We feel it is our duty as the NBA to complain to the BBC about their failure to make any real comparison to UK beef production methods.”

It has now urged the broadcaster to develop a follow-up programme focusing on beef farming practices in the UK, which, according to the group, is one of the most sustainable places in the world to produce red meat.

The four UK farming union presidents echoed this sentiment in a statement released yesterday (26 November), saying the documentary 'left people with the impression that all meat is produced in the same way'.

They said: “At no point did the documentary explain the vast differences between American meat production and UK production.

“We know the public want to eat sustainably and they can do this by investing in the UK livestock sector, which is already producing some of the most climate-friendly beef and lamb in the world and has an ambition to do even more.”

The presidents added: “Simply showing the environmental impact of beef production in North and South America does nothing to help people make informed choices about food which can be grown and reared in ways that offer benefits for the environment.

“For example, with the UK’s climate, landscape and grass-based systems we have the means, and the ambition, to provide quality, nutritious meat in ways that not only protect the environment, but help mitigate the world’s impact on the climate.”

The BBC is no stranger for attracting criticism from farmers when it comes to food and farming issues.

Earlier this month, farmers were left angry after the broadcaster allowed an anti-meat message to be given prominent airtime during BBC News The Briefing segment.

In August, the Ulster Farmers' Union sent a letter of complaint after the broadcaster 'failed to properly reflect' the recent Intergovernmental Panel on Climate Change (IPCC) report.

The NFU also called for an apology from the BBC in June after the presenter Evan Davis suggested that British farmers' animal welfare standards were poor.