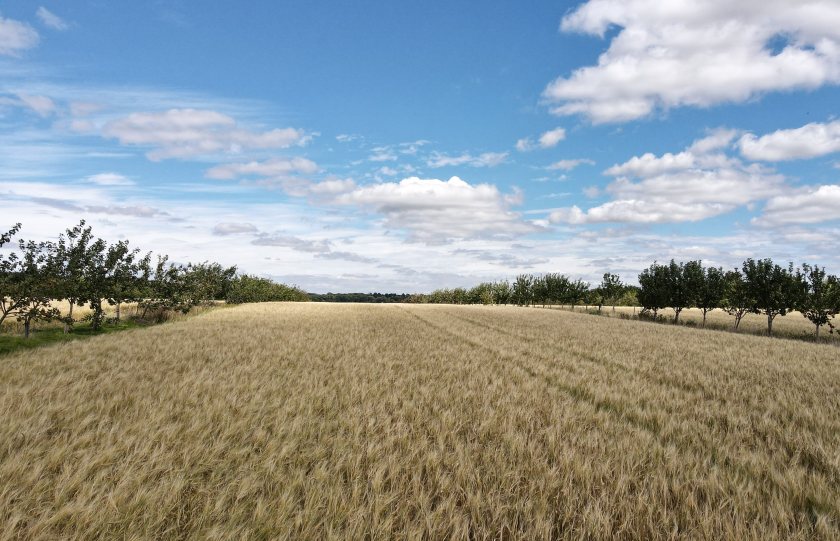 The Woodland Trust has urged the government to set a target for converting 10% of land suitable for cropping to agroforestry systems as part of a 40-year rotation.

Farming with trees across arable and grassland is 'key' to the farming sector achieving net zero, the charity says in a new report released today (1 November).

It details how a major increase in agroforestry is 'essential' if the country is to meet nature and climate targets.

The report also says there should be a commitment to new hedge and shelterbelts to a minimum of 11% of arable land in England.

According to the report, arable farms which adopt silvoarable systems - integrating trees into arable farming - could lock up eight tonnes of CO2 per hectare per year over 30 years.

Establishing agroforestry on 10% of arable land and 30% of grassland could enable farm emissions to reach net zero by 2050 whilst maintaining food production.

The report says that integrating trees into farming systems would enable farms to become more resilient both economically as well as environmentally.

The charity also details that agroforestry would help address the biodiversity crisis by increasing the abundance of farmland species.

A culmination of ten months’ work, the report's release is timely given the government is anticipated to outline its plans for the future of farming policy on 7 November.

Speculation has arisen in recent weeks on the future of its post-EU policy, Environmental Land Management Scheme (ELMS), which is designed to pay farmers for 'public goods'.

Environmental groups and charities have voiced alarm at any plans to abandon or dilute support for farmers helping nature.

Abi Bunker, director of conservation at the Woodland Trust, said the new report showed "just how much good that having many more trees within our farmed landscapes could bring".

“This is about making trees work for farm businesses and the local environment that they operate within and rely on," she added.

"As a land use it will make farms more resilient both economically as well as environmentally - maintaining food production while providing public goods that are not supplied by many intensive farming systems."

She added: “We urge the government to commit to ELM with schemes that reflect the long-term investment required to establish and manage trees and set a series of new targets."