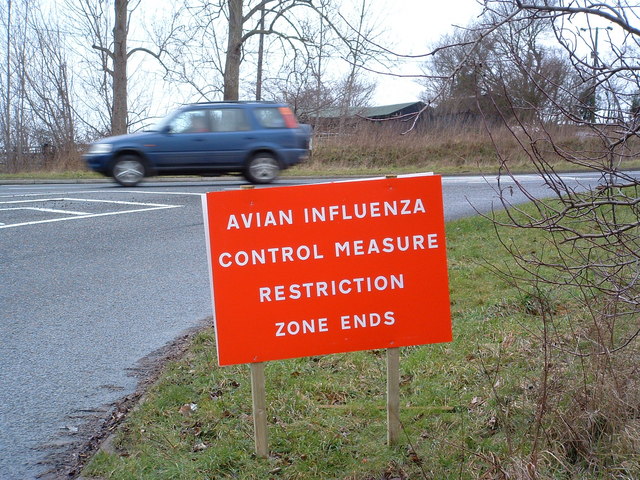 A 3 kilometre and 10 kilometre Temporary Control Zone is currently in force around the area (Photo: Keith Evans/CC BY-SA 2.0)

Two more cases of avian influenza have been recorded at a turkey farm near Northallerton, North Yorkshire.

It is understood the cases are linked to the first outbreak of highly-pathogenic H5N8 bird flu, recorded at a premises in Hambleton.

Defra confirmed the first case on Saturday 28 November, and over 10,000 turkeys were culled to stop the disease spreading.

Now two more outbreaks of avian influenza have infected a nearby site owned by the same farm.

A 3 kilometre and 10 kilometre Temporary Control Zone is currently established around the area.

Currently, an Avian Influenza Prevention Zone (AIPZ) is in force across the whole of Britain following numerous cases of bird flu in poultry and wild birds.

The AIPZ means there is a legal requirement for all bird keepers to follow strict biosecurity measures as a way to mitigate the risk of the disease spreading.