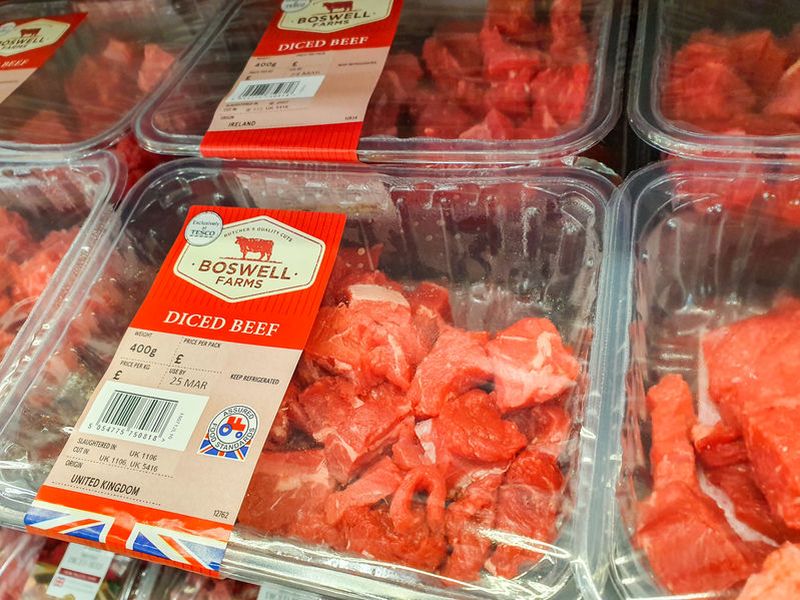 Beef farmers have called for stronger measures to enforce better labelling and branding of products as the UK looks to strike Brexit trade deals.

Any beef imports that enter the country as a result of Brexit trade deals must match the production standards of the UK's, the sector has warned.

Beef producers have also raised concerns over the increasing amount of plant-based foods which use terms typically reserved for meat products.

The National Beef Association (NBA) is urging the government for greater traceability and nutritional values to be demonstrated at the point of sale.

It follows the reintroduction of the Agriculture Bill in January, amid calls to recognise the need to encourage the production of food in the UK in an environmentally sustainable way.

Looking at the issue of labelling on plant-based products, the NBA said they often use 'misleading' labelling and 'little reflection of equivalent nutritional values'.

“We see the example across the Channel, led by French producers, whereby non-meat-based products must clearly be identified and labelled as such,” explained the group's chairman, Andrew Laughton.

“This faux-meat branding ban means producers using terms such as ‘steak’, ‘sausage’ or ‘burger’ for food free of animal products will face hefty fines, yet we are seeing major high-street food retailers in the UK bringing out more ranges such as ‘vegan-steak bakes’.”

“The Greggs vegan steak bake, for example, is made using Quorn pieces, which are actually made from a fungus, thus making the claim of a ‘steak bake’ spurious at best, and I would suggest that most consumers are unaware that it is effectively derived from a mould,” Mr Laughton said.

He added that the vegan movement is 'piggybacking' on the UK beef industry's 'ethics, traceability and trust'.

Because of this, the NBA said stronger measures should be enforced for branding of products as UK farmers 'provide safe, traceable and nutritious food, produced to the highest standards in the world'.

Mr Laughton said: “With Johnson welcoming beef imports from Uganda in a post-Brexit pledge to Ugandan farmers, it is crucial we focus on the environmental contribution and welfare standards of home-produced beef products.

“We also see the environmental impact in the production of certain faux-meat food products, but where is this demonstrated on the shop shelves?”