British farmers on the front line with extreme weather 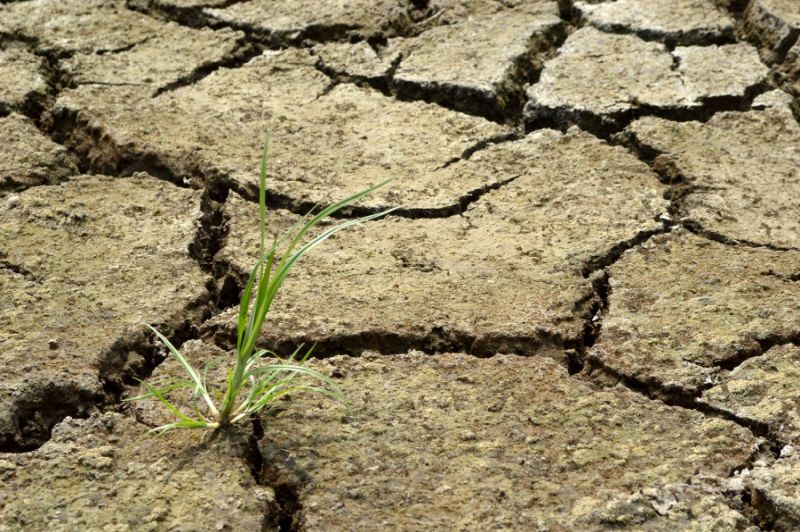 By 2040, experts predict that more than half of the UK's summers will exceed the sweltering 38-degree temperatures the country endured in 2003

Rupert Wailes-Fairbairn, Rural Divisional Director at Lycetts, looks at the damaging impact of climate change on crop yields and explains how farmers can ease the burden.

Climate change is arguably the greatest environmental challenge facing the world today – and farming is increasingly on the frontline, not to mention the headlines, of resulting weather extremes.

When the UK leaves the EU, the Common Agricultural Policy will be replaced by a new agricultural regime designed to help tackle climate change – and to ensure the survival of the UK farming industry.

The Environmental Land Management Scheme (ELMS) is set to be phased in from 2021, with subsidies reconfigured to reward farmers for environmental initiatives that leave the British countryside in a cleaner, greener and healthier state.

In addition to the challenges of running profitable farms under the hostility of unpredictable British weather, farmers will have to push environmental priorities to the top of their business agendas.

Committing to sequestering carbon in soil, reducing nitrates or growing wildflowers and hedgerows may become as important as the harvest.

Great news indeed for those in the tourism industry, but not such welcome news for the UK farming sector.

There is strong evidence to suggest that such volatile weather events will continue to increase with fervent frequency.

The Met Office predicts that a one in 100-year extreme weather event will become a one in 50-year event in the next 25 years.

Moreover, the prediction is already starting to manifest itself.

The turbulence of last year sadly proved to be disastrous on many levels – a long, cold winter saw unprecedented damage and lives lost caused by ‘Storm Emma’ and the ‘Beast from the East’.

A rollercoaster of unusual hot, cold, wet and dry spells which seemed to change daily followed.

Farmers had to contend with severe drought followed by monsoon conditions. There was very little winter or spring rainfall, and far too much during June and early July.

It is little wonder that many farms found it difficult to plan for the week ahead, let alone the season to come. The result was unforeseen patterns of productivity.

Winter hay and silage were in short supply resulting in many livestock farmers being forced to use their winter feed stores much sooner than planned, milk yields in some areas fell considerably while growth was slow for crops such as barley.

In fact, August’s wet weather brought this year’s wheat harvest to a halt in some regions.

Unfortunately, the short and long-term future doesn’t look any rosier.

By 2040, experts predict that more than half our summers will exceed the sweltering 38-degree temperatures we endured in 2003.

And scientists predict that the ‘Beast’ is set to make a return in January 2020, bringing with it even lower temperatures than last year.

The subsequent impact on crop production is a cause for considerable concern. Faced with the persistent uncertainty of unpredictable crop yields, the agricultural sector, along with the nation’s food industry – and indeed the whole supply chain – face a vulnerable and uncertain future.

The scientific consensus is that the challenges faced by the agricultural sector will increase and intensify.

Although meteorological and environmental experts cannot pin the blame directly on global warming, aberrations are reflective of the increasingly volatile weather that is becoming more and more prevalent.

The traditional weather patterns of our ‘four seasons’ are disappearing it would seem. And the challenges and outcomes of this are far-reaching.

No matter how experienced a farm may be, external factors can play havoc with farm planning and management.

The high levels of biodiversity, combined with the complexity of our ecosystem, makes predicting and managing the effect of climate change on agricultural yields virtually impossible.

Outcomes will depend upon a range of factors – from the crop and the location to the responsiveness of the farm and the level of governmental support.

In some cases, higher temperatures may lead to an increase in yields as growing seasons lengthen. In general, however, the overriding trend is that yields worldwide will decline.

Indeed, since 1960, according to Intergovernmental Panel on Climate Change, global average yields of wheat and maize have fallen by around one per cent per decade.

The call for appropriate governmental policy measures to support farmers - strategically and financially - has been clearly voiced in the media and the corridors of power, but there are also several proactive steps farmers can take to protect themselves.

Effective water and soil management strategies are an obvious place to start - particularly with the lack of spring rainfall having a knock-on impact on replenishing soils and water storage facilities.

Licences for water abstraction are expected to become increasingly restricted, which will trigger the need for more strategically-located on-site water storage solutions.

Indeed, experts are even urging some farmers in the worst drought-affected areas to consider the construction of on-site reservoirs.

Furthermore, efforts should be made to ensure water applications are optimised, based on variables such as individual crop response and the water retention capacity of the soil.

There will be an increasing drive to build up soil organic matter which in turn will aid water absorption soil moisture retention.

In some cases, a radical overhaul may be needed to the crops grown in certain areas in response to changing weather dynamics.

Maize, for example, is able to survive on less rainfall than other popular crops.

Technology-driven 'precision farming' will have an increasingly pivotal role to play in climate control and farm management.

Drones and tractor-mounted sensors are being used to identify exact patterns of soil moisture.

Even battery-driven robots with laser range finders are starting to make inroads onto UK farms.

Farmers can now also protect themselves against crop production shortfalls with insurance that will automatically trigger pay-outs to farmers if extreme weather causes yields in their region to fall below the historic average.

A new policy from Lycetts Insurance Brokers indemnifies farmers for up to a quarter of the shortfall of their projected crop production for the harvest year in question.

Crop Shortfall Insurance will cover either a farm’s individual crops, such as winter oilseed rape, winter wheat or winter and spring barley or a multi crop combination.

Unlike traditional insurance, where insurers must survey the damage, it allows for a quicker claims settlement process as indemnity is based on an index.

It gives UK farmers peace of mind that their crop yield, and thus their income, is protected – giving them one less thing to worry about when an unexpected heatwave or extreme weather event hits the UK.

Risk management solutions are paramount to mitigate the worst potential outcomes of this volatile weather trend.

The farming industry working collaboratively alongside the government must continually innovate and work smarter in a bid to protect both the planet and the profitability of the agricultural sector.