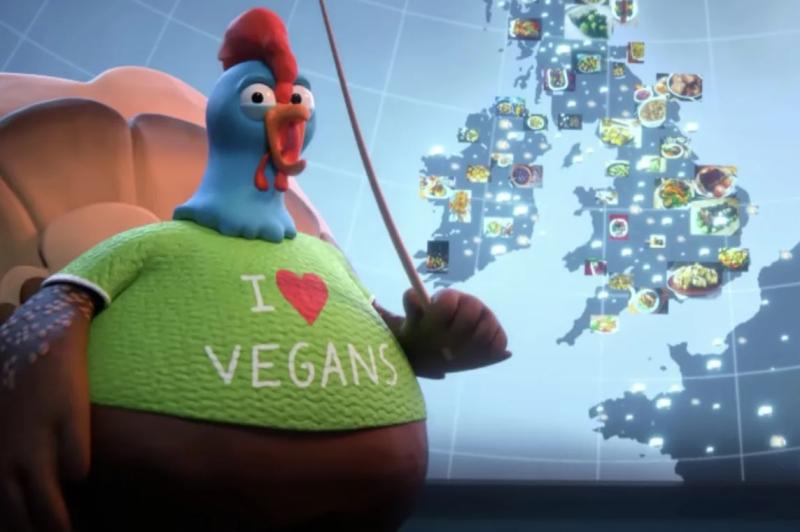 The broadcaster has once again been criticised by farm groups for anti-meat bias (Photo: BBC)

The scene which raised eyebrows features animated turkeys wearing jumpers which say 'I love vegans' while pointing to a map of the UK with pictures of meat-free dishes.

The advert also shows the turkeys announcing 'less of us have been gobbled this year'.

The NFU, which is concerned about the impact the ad will have on livestock producers, have now accused the BBC of being in breach of its impartiality rules by promoting veganism.

Stuart Roberts, vice president of the union, told The Telegraph: “We are deeply concerned that the BBC appears to have started campaigning for a vegan diet in advertising for its Christmas programming, none of which appears to cover veganism in its schedule.

“It doesn't appear to sit within the BBC's editorial guidelines, which clearly states that they shouldn’t be a campaigning organisation, and this advert takes our concerns about the BBC's impartiality in its coverage of meat issues a step further.”

It comes as the union recently celebrated its annual #BuyMyTurkey campaign, which aims to highlight the importance of buying locally around the festive period.

Responding to the farming industry's concerns, the BBC said the advert was intended to be 'lighthearted'.

A spokesman said: “The cartoon turkeys are intended to be comedic in keeping with the slightly surreal, exuberant spirit of the film, rather than any endorsement of a vegan lifestyle.”

The BBC is no stranger in attracting criticism from farmers when it comes to food and farming issues.

Industry groups were quick to point out that not all red meat production is the same following the broadcast of its controversial programme ‘Meat: A Threat to our Planet?’ last month.

Farmers were also left angry after the broadcaster allowed an anti-meat message to be given prominent airtime during a recent BBC News' The Briefing segment.

In August, the Ulster Farmers' Union sent a letter of complaint after the broadcaster 'failed to properly reflect' the recent Intergovernmental Panel on Climate Change (IPCC) report.

The NFU called for an apology from the BBC in June after the presenter Evan Davis suggested that British farmers' animal welfare standards were poor.