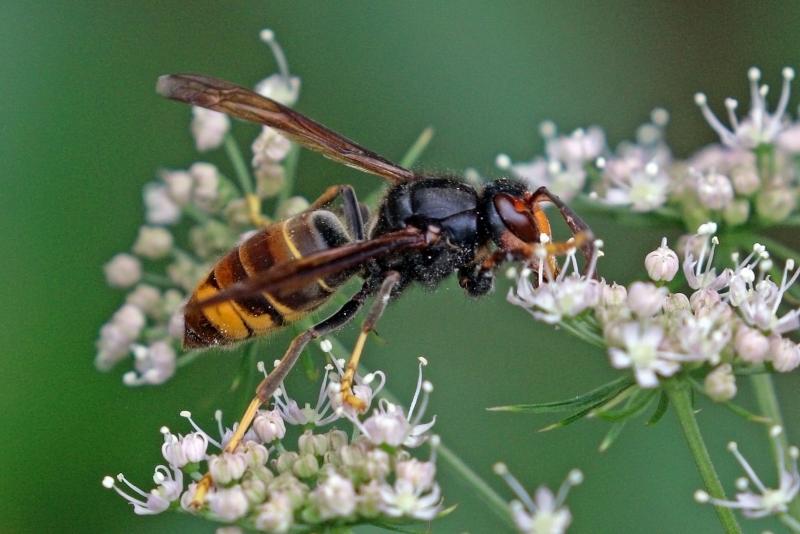 The hornet prey on honeybees, disrupting the ecological role which they provide and damaging commercial beekeeping activities

An Asian hornet nest has been destroyed in the Woolacombe area of Devon and no further live Asian hornets have been sighted.

The hornets were first discovered in the Woolacombe area in September, but the National Bee Unit moved swiftly to find the nest and remove it.

No further live Asian hornets have been seen since the nest was treated with pesticide and removed earlier this month.

Nicola Spence, Defra Deputy Director for Plant and Bee Health, said: "We remain vigilant, however, and will continue to monitor the situation and encourage people to look out for any Asian hornet nests.

"Members of the public are a vital tool in spotting Asian hornets and we urge people to report any potential sightings through the Asian hornet app or online."

Asian hornets pose no greater risk to human health than a bee, though they are a threat to honey bee colonies.

The hornet prey on honeybees, disrupting the ecological role which they provide and damaging commercial beekeeping activities. This is why swift action is often needed to destroy their nests.

The species arrived in France in 2004 and is now common across large areas of Europe. It was discovered for the first time in the British Isles in Jersey, Alderney and Gloucestershire last summer.

It is possible Asian hornets could reappear in the UK and members of the public alongside the nation’s beekeepers are urged to report any suspected sightings.