Man ordered to pay out £800 after puppy kills four lambs 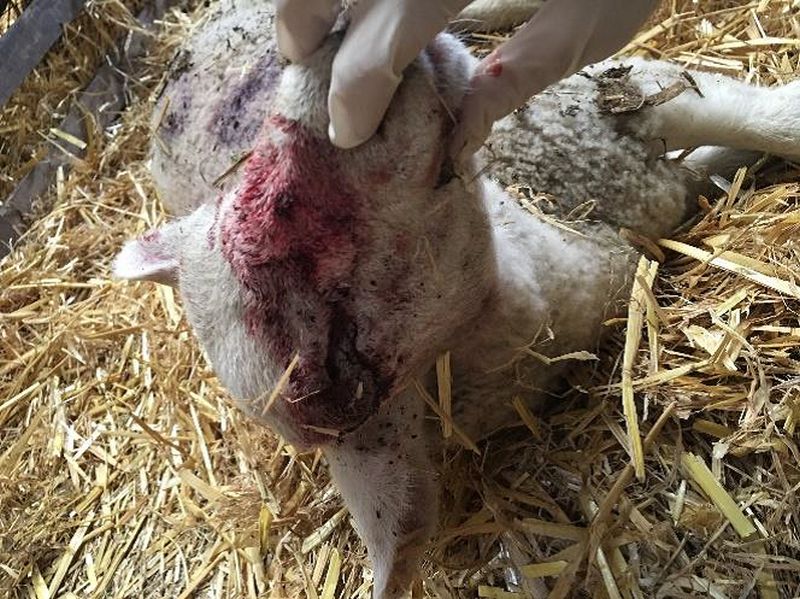 One of the lambs was so badly hurt it had to be put down by a vet, and the other three died of their injuries

A dog owner whose puppy attacked a flock of sheep, killing four lambs, has been ordered to pay more than £800 in compensation to the owner.

His 14-month-old puppy called Bear – an Alaskan Malamute which is like a large husky – escaped from a business premises in Dacre, Nidderdale, and ran into a field of ewes and lambs.

A witness described seeing a dog attacking a lamb and throwing it around.

The owner of the flock was contacted and arrived to find two lambs lying on the ground with injured legs and two more bleeding from bite marks.

One of the lambs was so badly hurt it had to be put down by a vet. The other three died of their injuries.

The farmer who owned the sheep told officers he was “upset and shocked” by the incident. There was no public right of way on the land.

Young was interviewed by police. He said he was shocked and stated that the dog must have run out of a side door of the business premises.

He maintained that the dog was not capable of attacking the sheep but was “playing” with them.

He apologised to the farmer and offered to pay costs.

Magistrates ordered Young to pay £808.27 to the owner to cover the value of the animals and the costs he incurred and gave Young a conditional discharge.

After the sentencing, Wildlife Crime Officer PC Bill Hickson, who led the case for North Yorkshire Police, said it was a “bad case” of sheep worrying.

“When a dog runs amok among a flock of sheep, it can do a huge amount of damage by panicking the animals. If it causes injuries as well, as happened in this case, there’s a good chance that animal will die,” he said.

“The farmer in this case has been left with four dead lambs, a distressed flock and veterinary fees.

“Sheep farmers work hard to look after their flocks and do not like to see them suffer. Incidents like this one are therefore very distressing for them, as well as their animals.

“That’s why we deal with offenders robustly and when necessary will bring them before the courts, so they can be sentenced appropriately,” PC Hickson said.

Last year, a man was ordered to pay over £2100 after being found guilty of worrying livestock with his out-of-control dogs.