All primary schools should be 'twinned' with farms, Chris Packham says 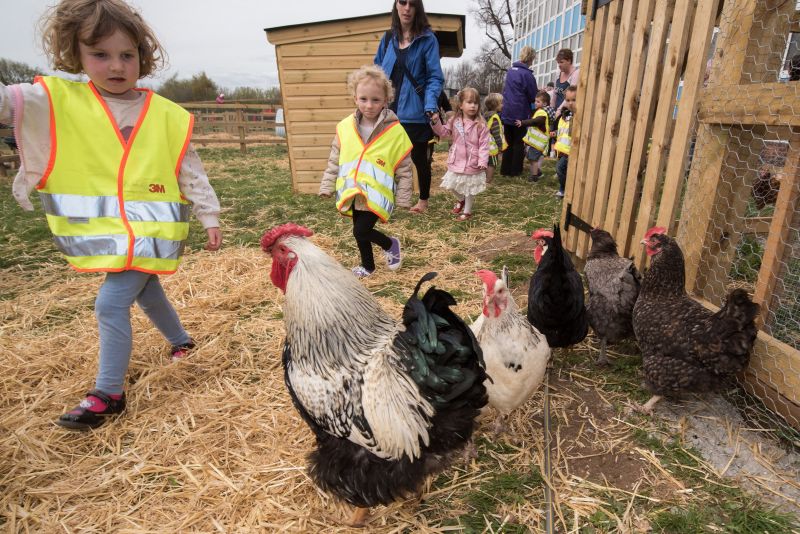 Twinning primary schools with farms long-term will promote 'ownership and responsibility', according to the manifesto
Sign in to add your own press release SIGN IN Register

TV Presenter Chris Packham has said that all primary schools should be "twinned" with farms so children can understand how their food is produced.

The naturalist highlighted the idea in his newly launched 'People’s Manifesto for Wildlife', an initiative aimed at improving British wildlife and environment.

With the help of 17 experts and scientists, Mr Packham listed proposals which look measures ranging at halting the decline of wildlife to educating young people on the environment, food and farming.

One stand out proposal is for every primary school to be twinned with a farm long-term, so children can more about food production.

The manifesto states: "It’s one thing to believe nature is good for kids and another thing to establish habits that put that belief into practice.

"Gardening is the sort of activity that can bridge this gap, whether this is done in an outdoor space or in a couple of pots at home.

"Children who grow their own fruit and veg and cook it are more likely to eat it: they will understand where it comes from, will feel a sense of achievement and will be excited to eventually see it on their plate."

The manifesto states that such a measure would promote a sense of "ownership and responsibility".

There are currently more than 116 school farms in the UK, according to figures from 2017.

Tim Farron, environment spokesman for the Liberal Democrats, agreed with the proposal, and said children need to have more of a connection with the outdoors.

"Whether that’s tree planting in urban areas or farm visits in rural ones. If they get that when they’re young, they will want to protect our environment in the future," Mr Farron said.

Other agricultural measures listed in the manifesto include a proposal to ban glyphosate, with a time-limited derogation for use in no-till farming systems until alternative weed control methods are developed.